VII. Other Types of Depression

It is common to have times in your life when you feel upset or hopeless. For people with depression, these feelings occur almost daily for an extended period of time. Depression is a recognized mood disorder that affects more than 17 million adults in the United States. [1]

Depression affects a patient’s mind and body, causing persistent feelings of sadness, hopelessness, guilt, and worthlessness. Depression can also cause symptoms including fatigue, memory problems, headaches, and loss of interest in hobbies. This condition is often treated using antidepressant medications such as Prozac (fluoxetine), Cymbalta (duloxetine), and Wellbutrin XL (bupropion) to relieve the symptoms of depression. There are many different types of depression. Keep reading to learn about the most common forms of this condition.

Major depression is a severe form of depression. While some people may only have a single episode of this depression, other patients may regularly experience it throughout their lives. Symptoms of major depression include a loss of interest in activities, sleeping problems, feelings of worthlessness, and an inability to see a positive solution. Your doctor may diagnose you with major depression if you have these symptoms most days for two or more weeks. [3] Severe forms of this depression can lead to suicidal thoughts or actions. [4]

You should speak to your doctor if you notice any of these symptoms. There is not always an obvious reason for major depression. Speaking to your doctor can help diagnose and treat the condition. 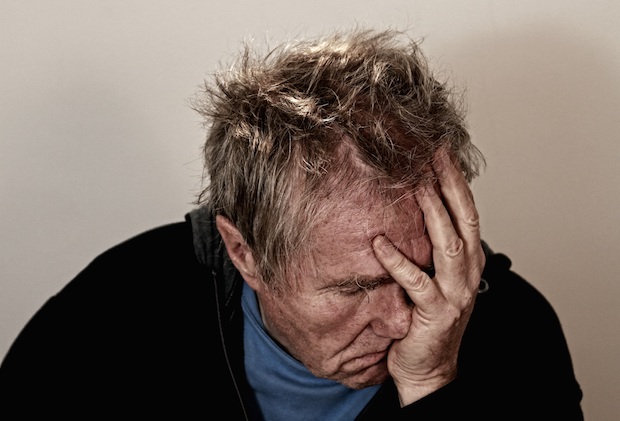 For many patients, the severity of symptoms of persistent depression will repeatedly worsen and improve during their condition. Since persistent depression lasts for several years, patients may feel that their symptoms are just part of their regular life. Common symptoms can include low self-esteem, social withdrawal, fatigue, and concentration problems. [2]

Often, persistent depressive patients may also suffer an episode of major depression. This is known as double depression and can cause worsening symptoms of depression. [6]

Bipolar disorder (formerly known as manic depression) is a condition where patients go through periods of mania and depression. These extreme fluctuations affect your mood, thinking, and behavior. For some people, extreme mood swings may occur regularly, while other patients may only have a single episode each year.

During a depressive episode of bipolar, symptoms are similar to those of major depression. During a period of mania, symptoms often appear as the opposite of depression symptoms. These can include feelings of euphoria, increased confidence, risky behavior, hallucinations, and delusions. While the effects of mania may feel great, it can be self-destructive and lead to a period of depression. Self-destructive actions may include uncharacteristic risk-taking, rapidly overspending, or reckless sexual behavior. [4]

Seasonal affective disorder (SAD) is a form of depression that occurs during the changes of the season. While this may occur in spring or summer, it is more common for symptoms to begin in the fall and last through the winter as the days get shorter. It is believed that SAD may be caused by changes to the circadian rhythm of the body because of differing amounts of light that enter the eyes during the winter months. [5]

As well as experiencing the symptoms of major depression during these months, other symptoms can include oversleeping, weight gain, food cravings, relationship trouble, and heaviness in the arms and legs. [6]

Symptoms of perinatal depression can include feelings of sadness, anger or anxiety along with exhaustion, severe anxiety about your baby’s safety and health, difficulty caring for your baby, or thoughts of harming yourself or your baby. [2]

Other Types of Depression